Sorting is nothing but a way of arranging the data in ascending or descending order. While there are several sorting algorithms in general, we would focus on mastering these:

Also, here are some terms you need to be familiar with before you go ahead and learn the sorting algorithms.

Now, lets get into exploring the algorithms one-by-one.

Bubble sort is the simplest algorithm of all. It begins by comparing every pair of adjacent elements of an array and checks if the first element is greater than the second. If so, then the two elements must be swapped. Else they need not be swapped and moves on to the next element. This process goes on until the last and second last element is compared. Here is how it looks: 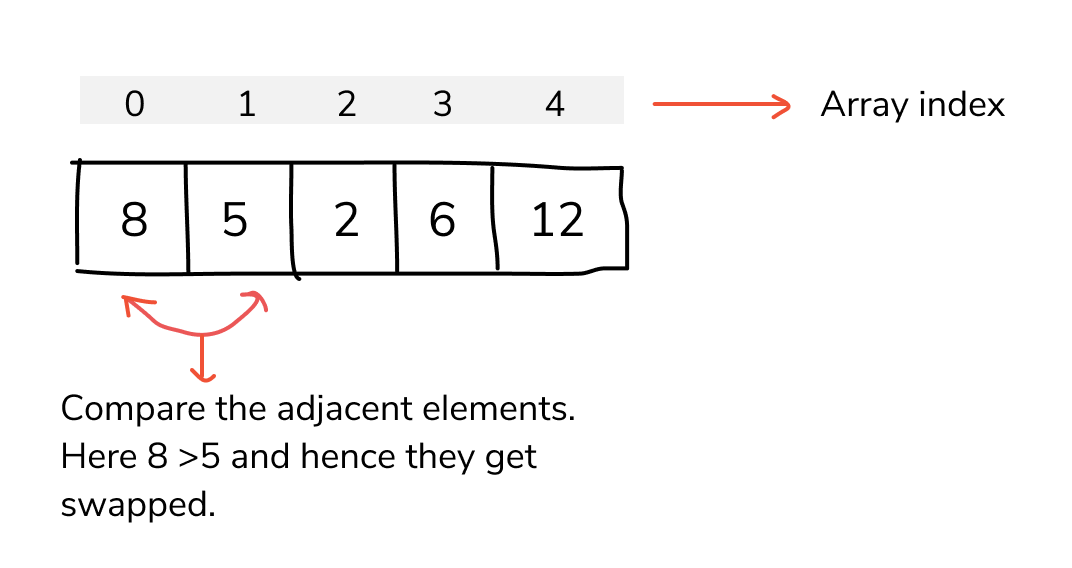 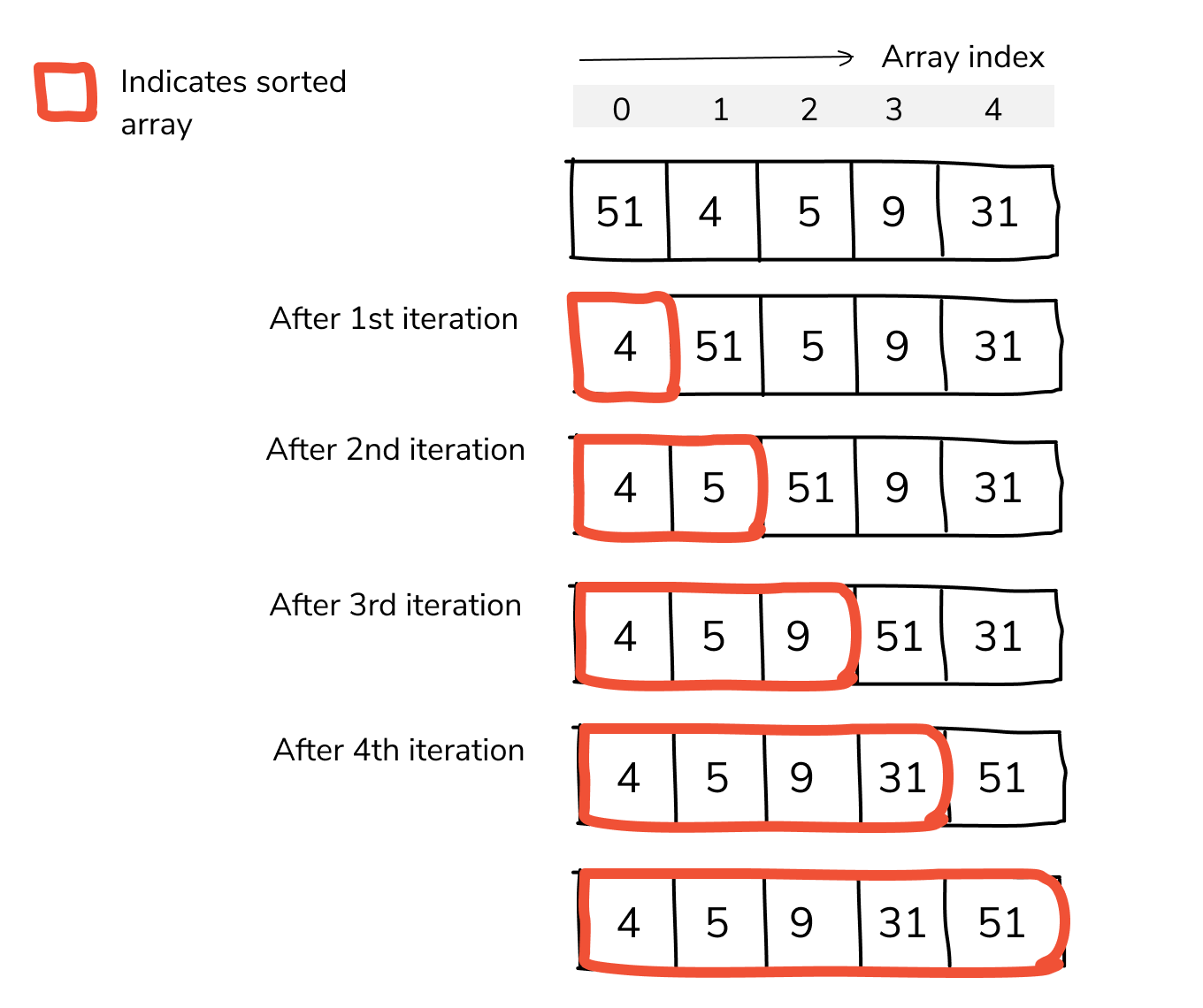 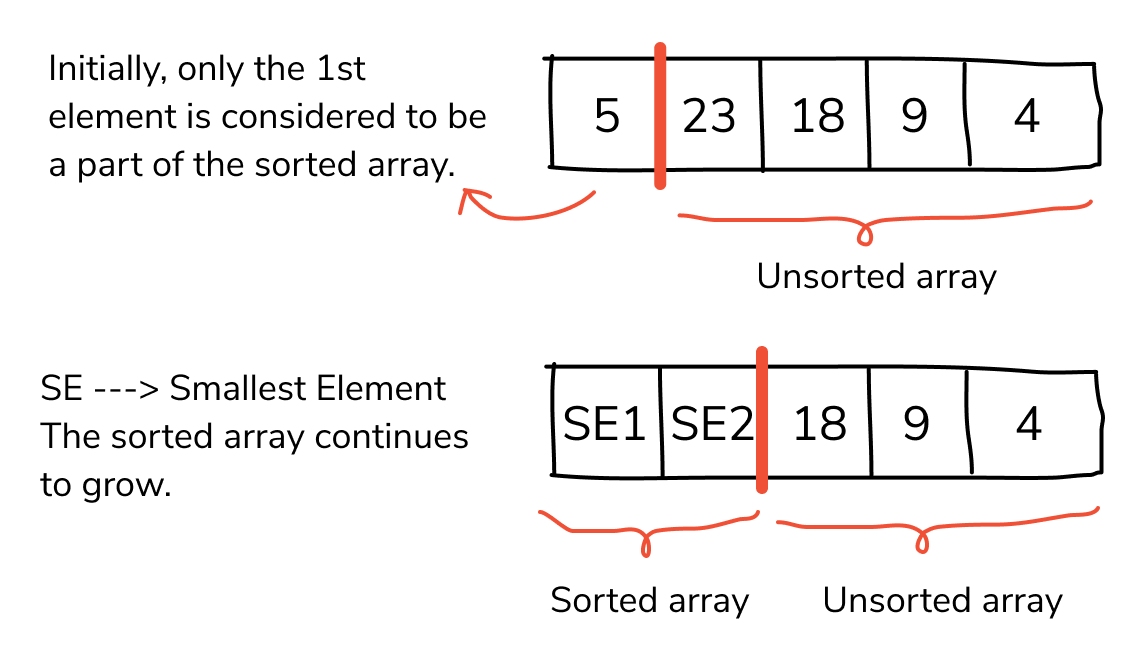 Merge sort follows Divide & Conquer algorithm. In a given array with n elements, initially, the unsorted list is divided into multiple sub lists such that each sub list contains one element i.e n sub lists are created for n elements in the array. These sub lists later merge with adjacent sub lists in sorted order. Continuously, repeated merging happens until one linear array is formed. The final list formed will be a sorted list. Click here to view detailed examples of merge sort. 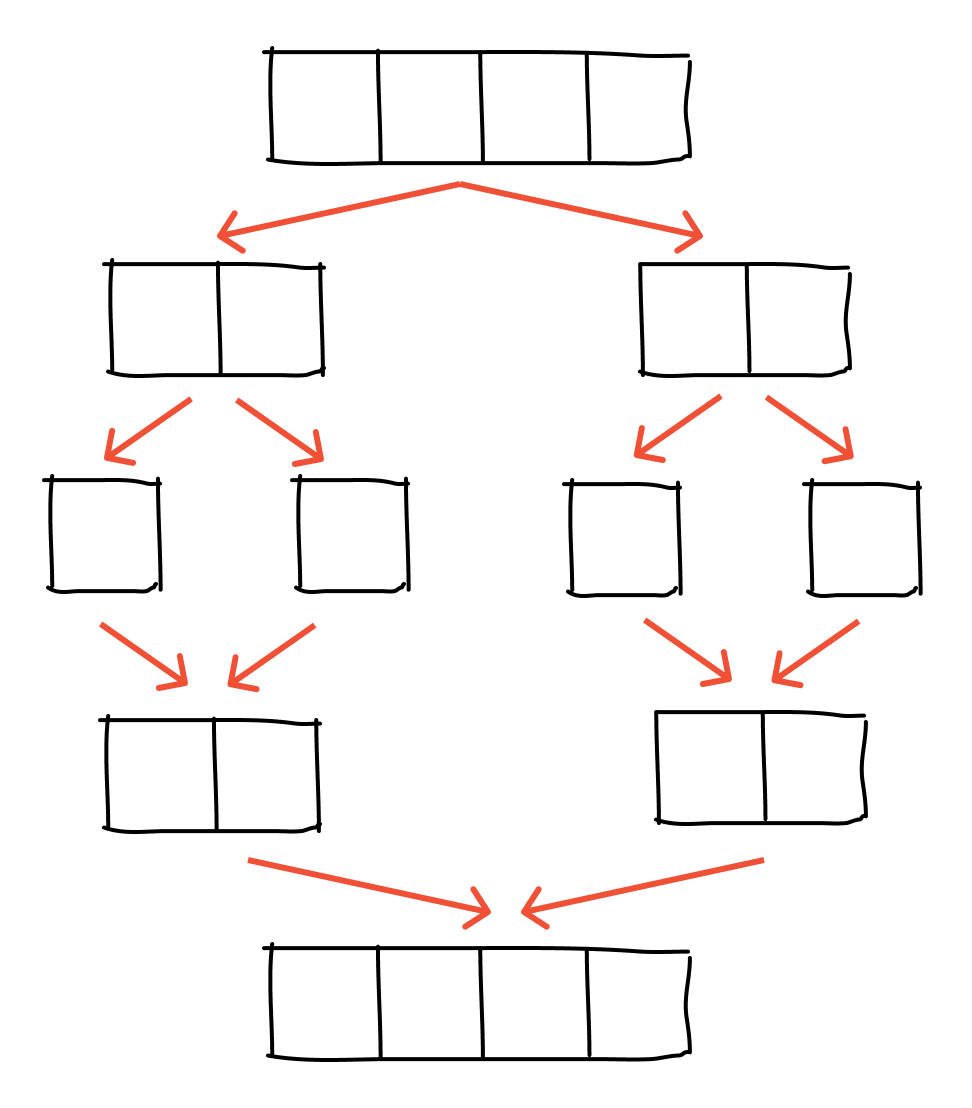 Quick Sort also follows Divide and Conquer algorithm. It picks an element as pivot and partitions the given array around the picked pivot.There are many different versions of quick Sort that pick pivot in different ways.

Click here to know the complete implementation of quick sort.

Shell sort is also called as Shell sort or Shell's method. Shell sort is sometimes called by the name "diminishing increment sort".Shell sort is an improvisation of insertion sort. The sorting starts off by swapping pairs of elements far apart from each other, then progressively reducing the gap between the elements that need to be compared. This process is faster as compared to near neighbor exchange based algorithms as the initial swaps are made with far apart elements. 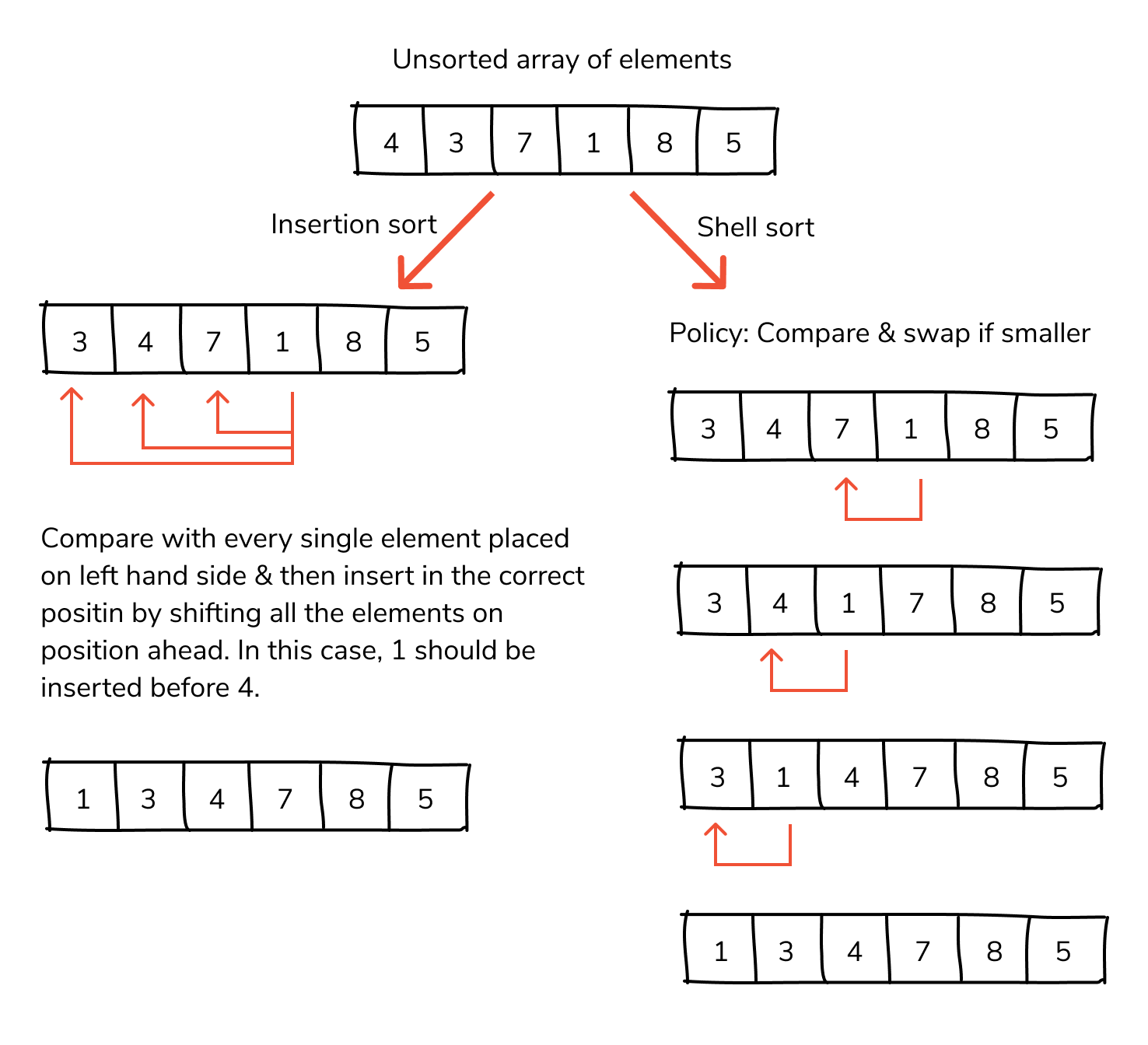 The Heap Sort is an improved version of straight selection sort in which the largest element (the root) is selected and exchanged with the last element in the unsorted list.

Simple Visualization of the working: 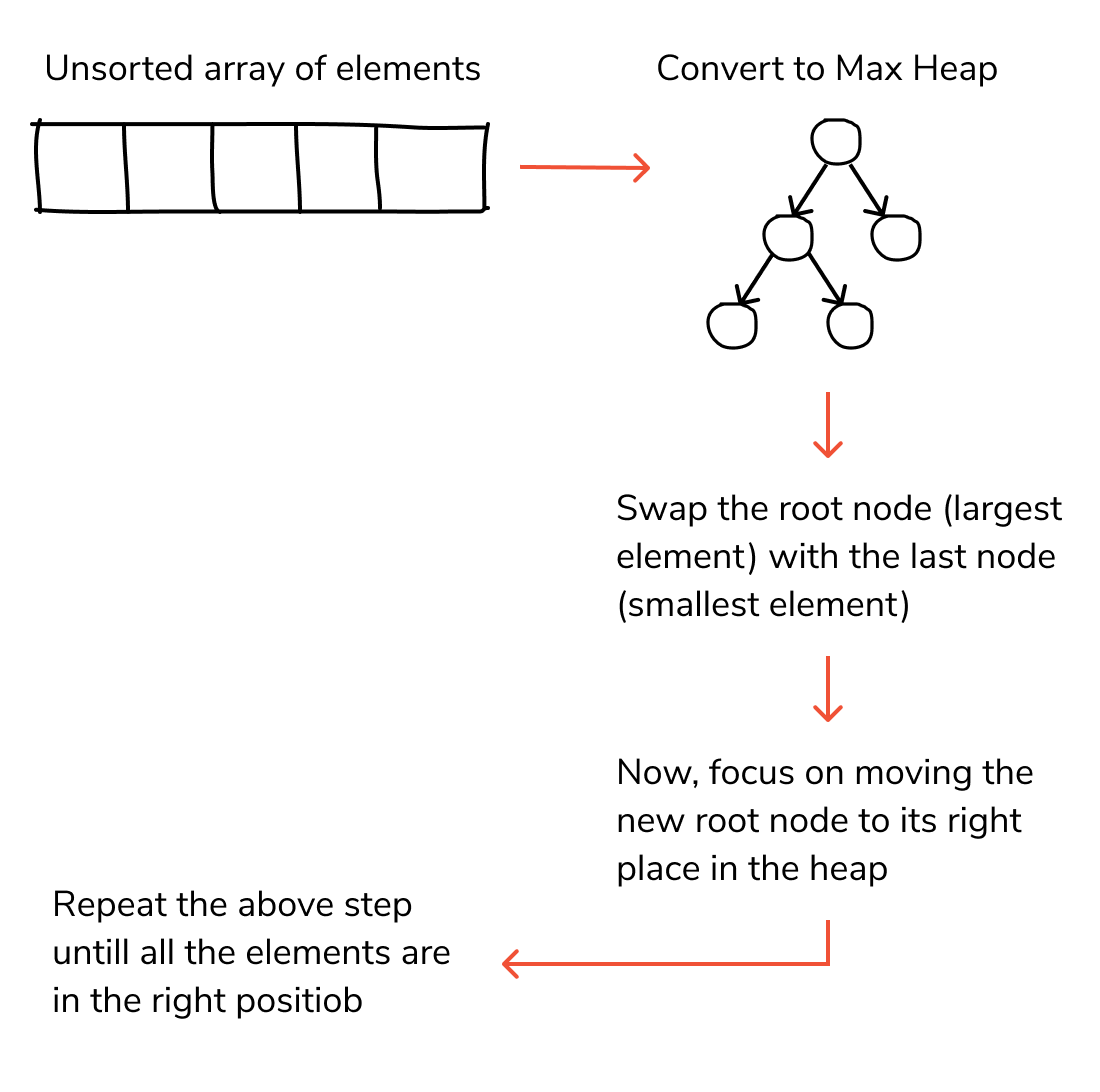 Comb Sort is an improvised version of bubble sort. The basic idea in comb sort is to eliminate the relatively smaller values situated to the end of the list. This is done as applying bubble sort on such an array would highly slow down the process. Click here to know the complete working of Comb sort.

c Algorithms C++ Programming Java Programming Python Programming Interview Preparation
If you have any feedback about this article and want to improve this, please write to enquiry@faceprep.in
Explore 'c'
Articles Practice Exercises