A linked list is a linear data structure consisting of a group of nodes where each node points to the next node by means of a pointer.

Each node is composed of data and a reference to the next node in the sequence. The last node has a reference to null which indicates the end of the linked list.

Head node is the starting node of the linked list(first node) and it contains the reference to the next node in the list. The head node will have a null reference when the list is empty. The below image gives you an idea of how a Linked List looks.

Arrays and Linked Lists are both linear data structures, but they both have some advantages and disadvantages over each other.

There are three different types of Linked Lists. They are as follows. 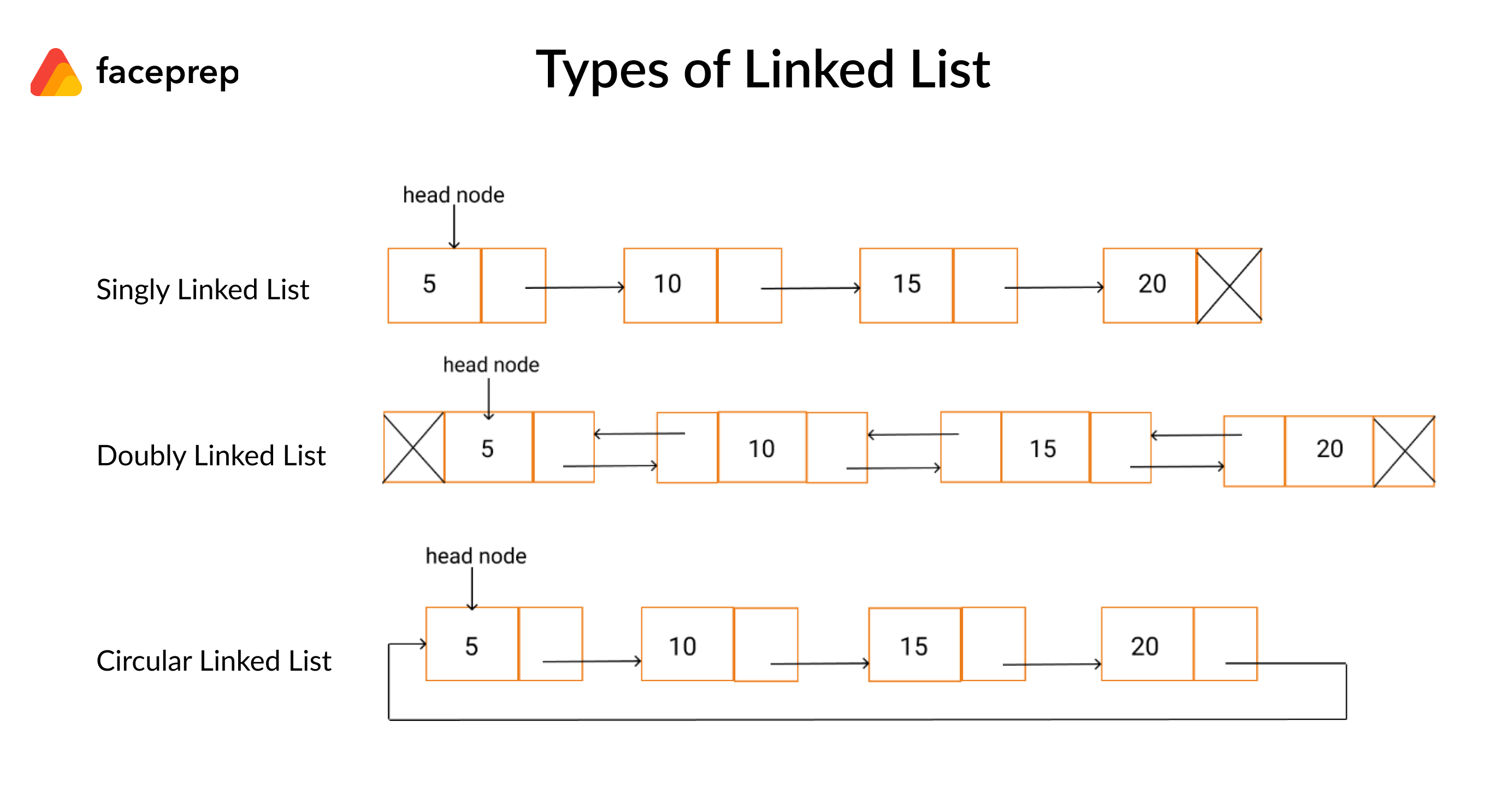 The following are the basic operations supported by linked lists.