Why Is Python So Popular in 2019 and Is Python Easy To Learn?

If you are a newbie in Programming, then you might be wondering - Why Python is one of the most popular languages despite being slow? And is Python easy to learn for a newbie in programming?

This article on Python's popularity in 2019 and the reasons for it being preferred by most software developers will help you get your answers.

Why is Python So Popular?

For those of you who did not know, Python has been around for more than 28 years now and its popularity has been growing year on year. Have a look at the below Tiobe Index which indicates the growth and ranking of Python over the years.

Also according to HackerRank Developer Skill Report 2019, Python is one among the top 3 languages that developers around the world are curious to learn in 2019 along with Go and Koltin.

Now coming to the reasons for its popular demand in the IT industry, here are a few:

a) Python is Easy

The first and foremost problem that a student/developer faces is remembering the syntaxes. With Python, this gets easy. It's simpler programming syntaxes, code readability and English like commands make it easier for newbies and experienced programmers to understand the language. If you are a newbie in programming, then this is what you might feel when you get started with Python. 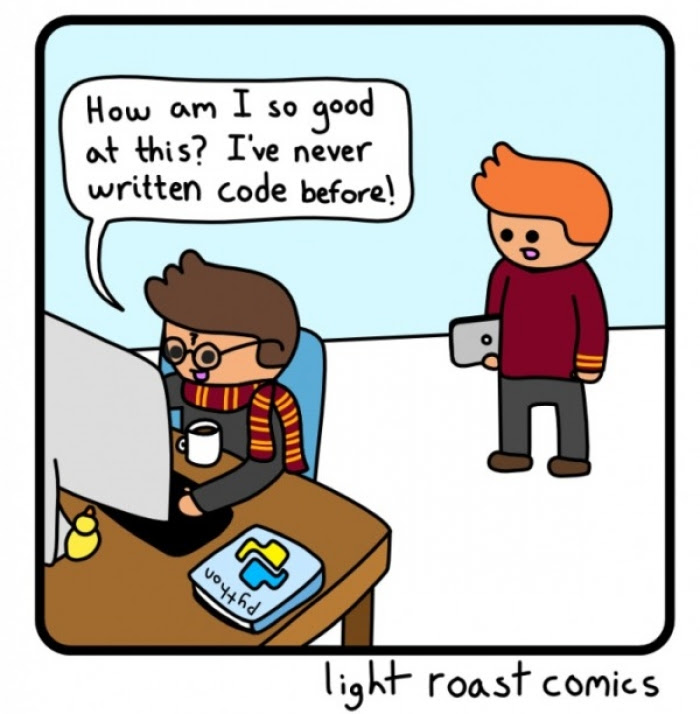 Python's features like one-liners, standard libraries etc make it easy to write a lengthy code in a few lines. While Python codes might take up more time to execute, meanwhile they save a lot of the programmers time to code as in Python the code is at least 2 times shorter than that of code in any other language.

c) Python Has Some Good Supporters

Like how C# is used by Microsoft, PHP by Facebook and Java by Sun, Python is widely used by Google. Over the years, the Python developers community has grown beyond expected and now is one of the most active developer's community. This large developer community helps you find solutions to all your bugs/questions in no time.

d) Python Is The Future

Python can be used in developing web applications, for deep learning, data analysis, in the field of Data Science, Machine Learning, Artificial Intelligence, Big Data and a lot more. This means Python can guarantee a huge range of opportunities for both newbies and experienced developers.

We guess these reasons are good enough for anyone to learn Python, however, if the question of "Is Python easy to learn" still bugs you, then scroll down and see it yourself.

Is Python Easy To Learn?

Yes, absolutely! Not only is Python easy, but it is also awesome! While programming using Python, you can simply focus on developing the logic, rather than focusing on recalling the syntaxes. Python's readability and English like command structure make it so much easier and simpler to code. For instance, let's have a look at the "Hello World" program in different languages. (This is probably the first program you would write and hence see it yourself and decide)

Impressive right? As you get started with Python, you will explore its amazing libraries and modules that will come in handy while solving complex problems/ performing complex tasks. So the more you explore, the more you would know what made it so popular among students and developers.

Get Started with Learning Python Now

python C Programming C++ Programming Java Programming Interview Preparation
If you have any feedback about this article and want to improve this, please write to enquiry@faceprep.in
Explore 'python'
Articles