To begin with, let's know this first - What are Lists in Python?

Lists in Python are a collection of elements of various data types like integer, string, float etc. Once initialized, the elements in a list can be changed or modified. Also, Lists in Python are ordered and have a definite count. Now, let's understand Lists better by looking at its operations.

How to Create Lists in Python?

List creation is pretty simple in Python. You can place all your elements/items separated with commas , inside a square bracket [ ] and that forms a list. 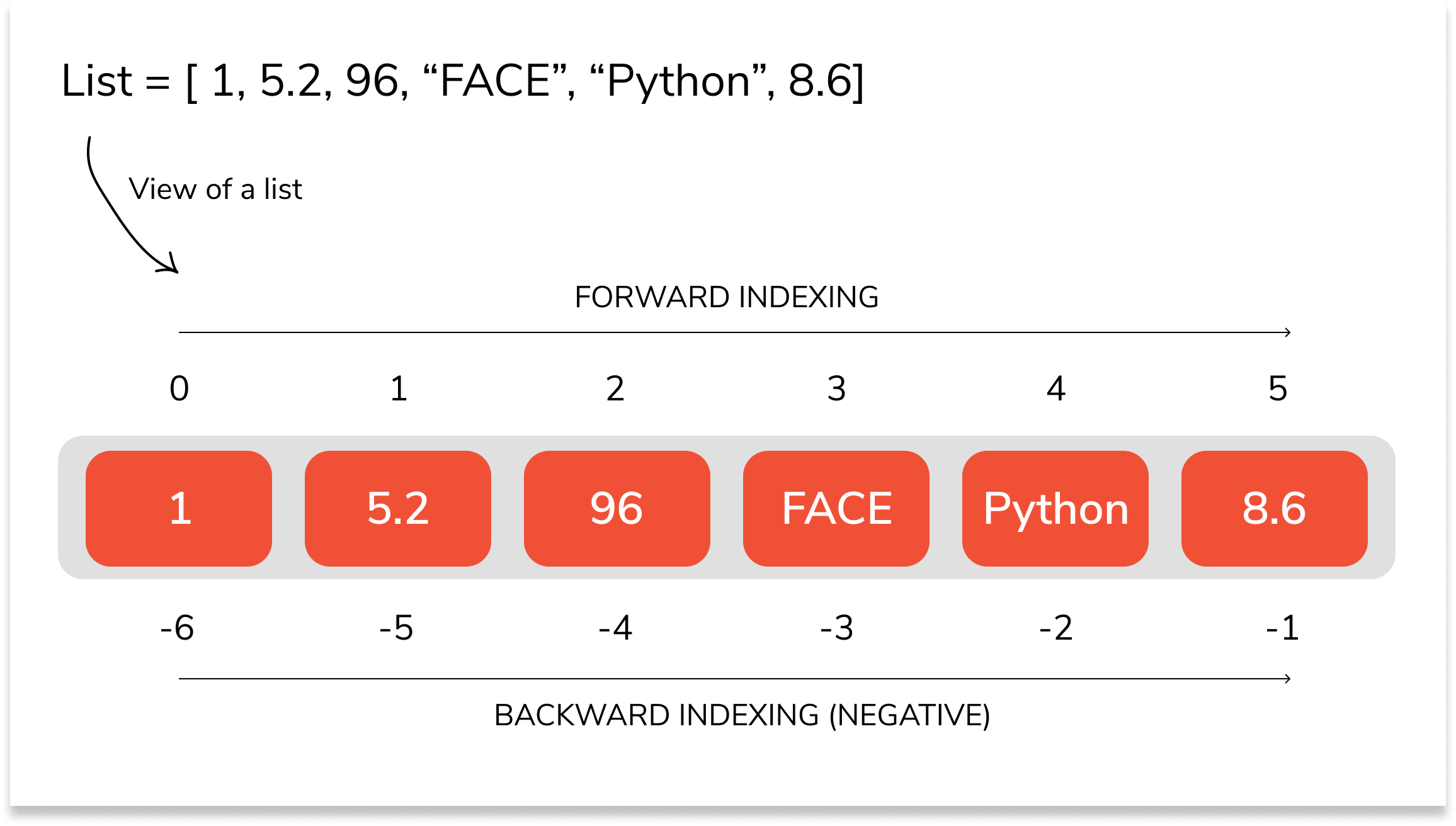 Here is an example.

a) Accessing 1 Element at a Time

The elements/items in the list can be accessed using the index operator [ ]. List index starts from 0. So, if a list has 10 elements, then its index will start at 0 and end at 9. If we try to access an element that is out of the index range, then the compiler will give you an Index error. Also, the index value must be an integer only.

Similarly, elements of a nested list can be accessed using nested indices.

b) Accessing a Range of Elements at a Time (Slicing)

In Python, a range of elements in a list can be accessed using the slicing operator : and this technique is called Slicing in List.While using this slicing operator, you need to mention the starting index & ending index of values to be sliced and the values till the position (ending index - 1) get sliced.

The syntax to insert one element into a list is insert (index value, element to be inserted)and in case you want to insert several elements, then simply put them in an empty list. For instance,

The del keyword can be used to delete one element, several elements,or the entire list.

Explanation: In the last step, we deleted the entire list and then tried to print it, hence it throws an error. This means our list got deleted and the program executed correctly.

Consider the following lists to understand the below operations better.

Some of the important Python List methods are given below. These help perform a lot of operations with ease.