What are Strings in Python | Python Strings with Examples

These Unicodes range from 0hex to 10FFFFhex. Normally, a Unicode is referred to by writing "U+" followed by its hexadecimal number. Thus strings in Python are a sequence of Unicode values. 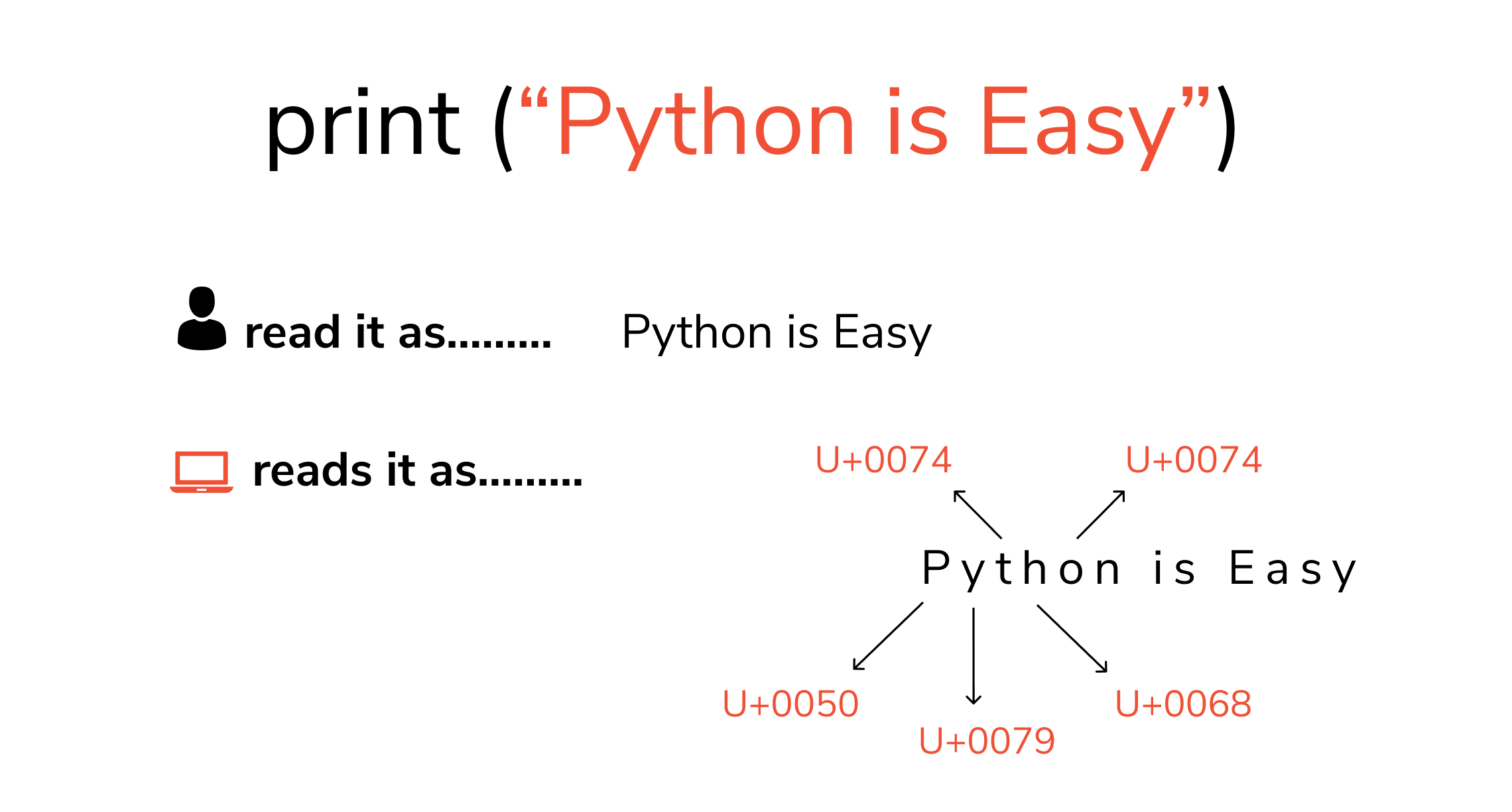 Why not ASCII? Why Unicode?

Both ASCII & Unicode are formats used by the compiler to encode strings. ASCII can represent a very limited set of alphabets or symbols like lowercase letters (a-z), uppercase letters (A-Z), digits(0-9), Symbols (,) etc. But unlike ASCII, Unicode is more generalized and consists of a value for every possible character in every possible language. Also, today's applications display messages which use a wide variety of languages and symbols. Considering this, Unicode is a better choice for encoding. If you want to know more about Unicode, then check this.

Things about Strings (Must Know)

Now, let us learn how to assign, access and perform various operations on Strings.

How to Initialize/Assign a String to a Variable

In Python, strings can be assigned by either using single or double or triple quotes as shown below.

If we assign a string in single quotes and if the string inturn contains single-quoted character in it, then an error is thrown by the compiler as it doesn't know the start and end of the string.

In such cases, it is advisable to use double-quotes to avoid all the confusion. Now, let's use double quotes and see if the string gets printed.

Similarly, for strings that contain Double quoted words in them, the use of triple quotes or single quotes is recommended.

Also, you can easily assign a multiline string in Python using 3 double quotes or 3 single quotes at the beginning and end of a string. An example of this is shown below.

Single characters in a string can simply be accessed using the index of that character. If you try to access a character that is out of range, then the compiler will throw an error. Also, the indexed value must be an integer.

Some false indexing methods that would lead to errors are:

1) Using an out of range index value

Consider, the same string "FACE Prep's Python Tutorials". Say, for example, you need to print only the word "Python". This can be be done using the slicing operator (:). The syntax for performing slicing is given below.

How to Modify/Update a String

In Python, strings are immutable. This means once initialized, you cannot modify any part of the string. Rather you can delete or assign a new string to the same variable. This is demonstrated below.

Explanation: Since string2 has been deleted, the compiler throws an error. This means the output is right.

Other Important Concepts of Strings in Python

Escape sequence indicates the compiler that the character followed by should be simply ignored. For instance,

Also, you can tell the compiler to ignore the escape sequence by placing a r or R before your string. this way a raw string can ignore escape sequence. This will be useful when the string to be printed contains a backslash ().

b) Operations on Strings in Python

A lot of operations can be performed on strings and some of them are listed below. In each of these operations, consider that

In Python, we cannot directly add a value of one data type to another. Something like this,

In such cases, we can either go for type conversion or use Format () method in Python. Theformat()method takes the arguments or variables which are passed, formats them, and places them in the string wherever the placeholders{}symbol is used.

For example, lets see how the above example can be formatted.

In fact, to avoid confusion, you can index these arguments.

These are a set of most used built-in methods that you can use on strings to perform some simple operations.